This is an article that was originally written for The Northern Correspondent  and is reblogged here.

From red tops to broadsheets, there is wide agreement that we are amidst a housing crisis. Coupled with regressive austerity policies and welfare reform housing has never been so politically and socially divisive. We are also seeing a rise in increasingly ‘informal’ ways of home-making, from sofa surfing to ‘beds in sheds’ and tent cities. The homeless charity Crisis has found that there has been a huge rise in rough sleeping, which increased by 55% in England from 2010-2014, whilst 68% of households in Newcastle are only two pay packets away from losing their home.

It is within this context that PROTOHOME, a self-build housing prototype has been created. PROTOHOME has been constructed by members of Crisis over the past 3 months and is now temporarily sited in the Ouseburn area of Newcastle and open to the public from 13th and 14thMay (at the Late Shows) until August. The ‘house’ will host a range of events, from film screenings, to artist residencies, forums, workshops, performances and more, examining issues of self-build housing, homelessness, austerity and the politics of land and development. The project attempts to reconnect notions of self-build housing to self-help, where self construction confronts issues of territorial stigmatisation, inequality, rising homelessness, intergenerational unemployment, so called ‘failing’ housing markets and empty homes. 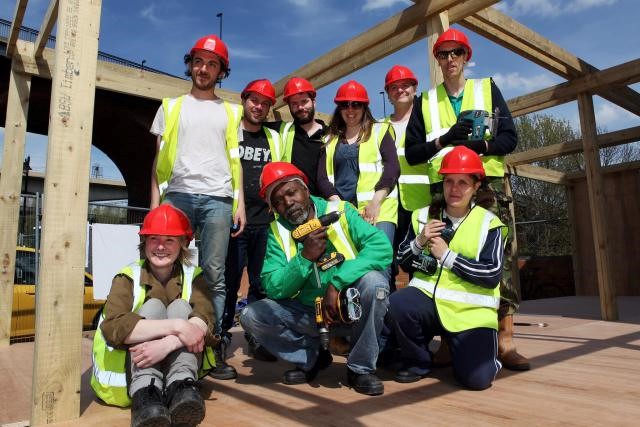 The premise for the project is not so much about creating a finished ‘product’ in the form of a working house (PROTOHOME is a shell-like structure and does not have services attached to it), but instead lies in the process of becoming that both the house and the people who made it have gone through. For the individuals involved in the project who have experienced homelessness, building has been a learning process, one that has been therapeutic, has helped to build confidence and has forged friendships and social ties. 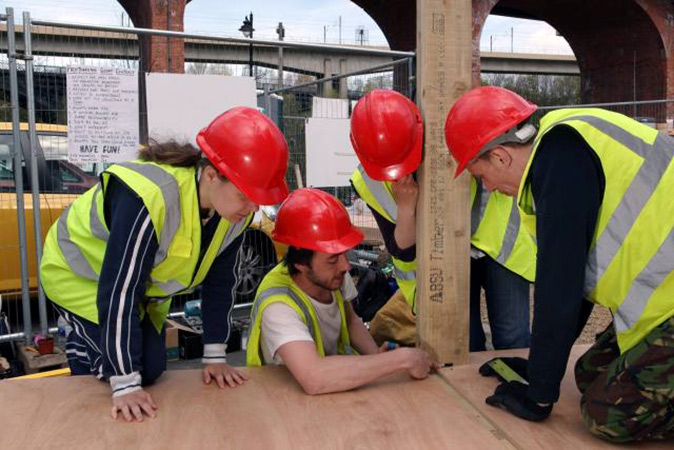 However, this isn’t to say that this can’t or shouldn’t be a model which has the potential to be replicated into a fully functioning house in the future – indeed it is very much a provocation for the city. We hope that this project can initiate a conversation into housing that reframes self-build as an educational and therapeutic tool, to widen access to housing through participation, particularly for low income groups, in the vein of this quote from one of the members of the group:

“I think, fundamentally, that being involved in a collective, community-based, socially-grounded-and-rooted project like this allows real growth and change across the board – and at a rapid pace, to boot. Construction. Solid, long-lasting, sustainable construction – which itself has room for growth, expansion and continuing development – all involves tapping into both the individual and collective skillsets and creativity”. 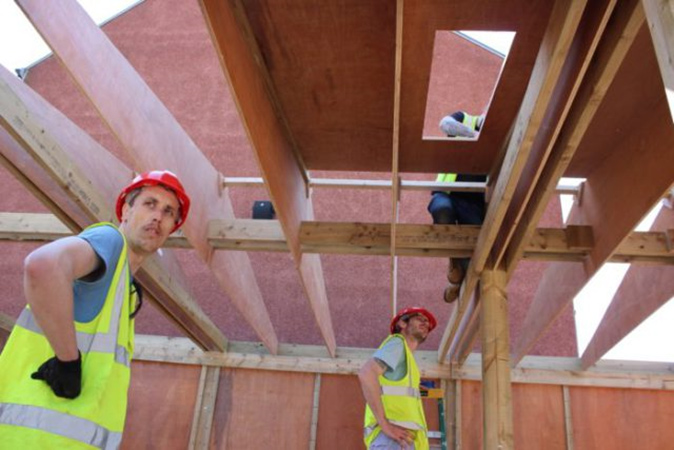 For the many people involved, the project has created an awareness and a confidence in our ability to self-build housing, something which has largely dropped out of the collective imagination – something that we have un-learnt. The design, which was completed by xsite architecture and put into being by Crisis members alongside Tilt Artistic Services, is based on the Segal method of timber frame construction which is specifically designed for untrained self-builders and offers a flexible approach to how a house is designed, built and used. It makes self-building achievable, even for those without any previous woodwork skills. Learning and training being at the core of this project this system of building offered an approach through which learning could occur whilst building.

So this project is ultimately about reframing housing as something that is active – as a verb, as something that has social use and value, thereby challenging the preoccupation we all have with the economic function of housing – as collateral, as a pension, as an inheritance. We hope that it provides a small glimpse into more engaged and engaging methods of house production which has both an individual and collective process of learning at its centre.